The Flux Mini is now available 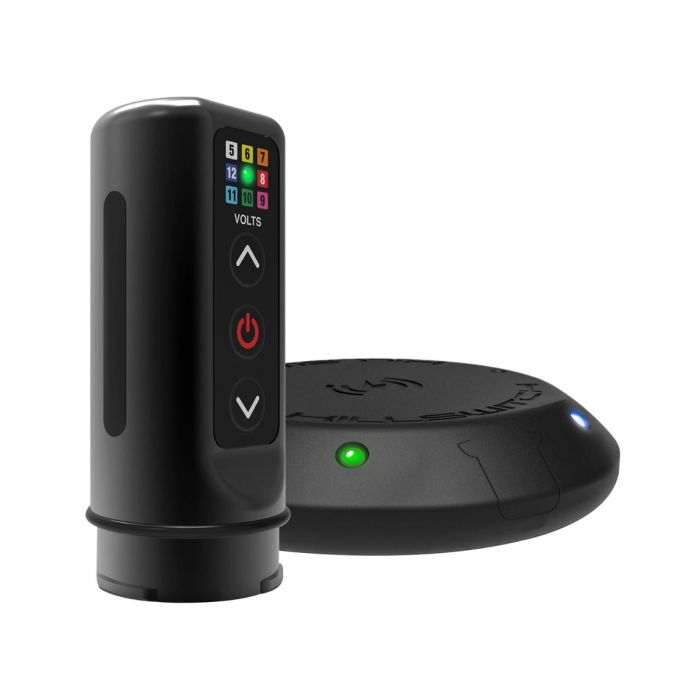 This bundle contains the Darklab PowerBolt+ and Darklab Killswitch from FK Irons.

The DarkLab PowerBolt+ is the next evolution of FK Irons' wireless battery pack - now with 50% more battery life for those longer tattoo sessions.

The PowerBolt+ is compatible with the FK Irons EXO and Spektra Flux tattoo machines and allows artists to run their rotaries wirelessly without the need for cables or power supplies. Attaching and detaching the PowerBolt+ is quick and easy with just a quarter-turn.

Darklab's PowerBolt+ contains a lithium-ion battery with a USB-C connection and Dynamic Power-Path Management, allowing for simultaneous battery charging and power delivery. It offers fast charging speeds of up to 1.0 A and now up to 15 hours of runtime, depending on the voltage and cartridges used. In addition, the higher energy density of the PowerBolt+ provides reliability and stability during tattooing.

As well as featuring a battery capacity and voltage LED indicator, the PowerBolt+ has three buttons: one to turn the battery pack on/off and two to adjust the voltage quickly and easily. Press the up and down arrows to change the voltage in 0.1 or 0.5 V increments/decrements from 5 to 12 V, with the colour of the LED corresponding to the voltage chart on the PowerBolt+.

With just a simple tap of the Killswitch, you can turn your connected Darklab device on or off, while the built-in, anti-slip mount will keep the power switch in place. It also features responsive LED indicators and an internal, long-lasting rechargeable battery.

Designed with sanitation in mind, the Darklab Killswitch will minimise cross-contamination and help to keep your workplace clean and tidy.

The Killswitch can be connected to the Darklab app via Bluetooth for wireless firmware updates, to toggle the power of the device, and to expand the features of the PowerBolt+.

All orders completed before 19:30 on a working day will be dispatched the same day via the delivery service requested if you have chosen DPD as your courier. If you have selected UPS as your courier, the cut off for same day dispatch will be 15:00.

We offer free delivery to all mainland UK addresses for orders over £100 ex VAT, with prices starting from as little as £5.95 for delivery elsewhere.